Meet the dedicated individuals behind our organization

Our team oversees The Sailing Foundation's work in promoting the advancement of youth sailing and boating safety. 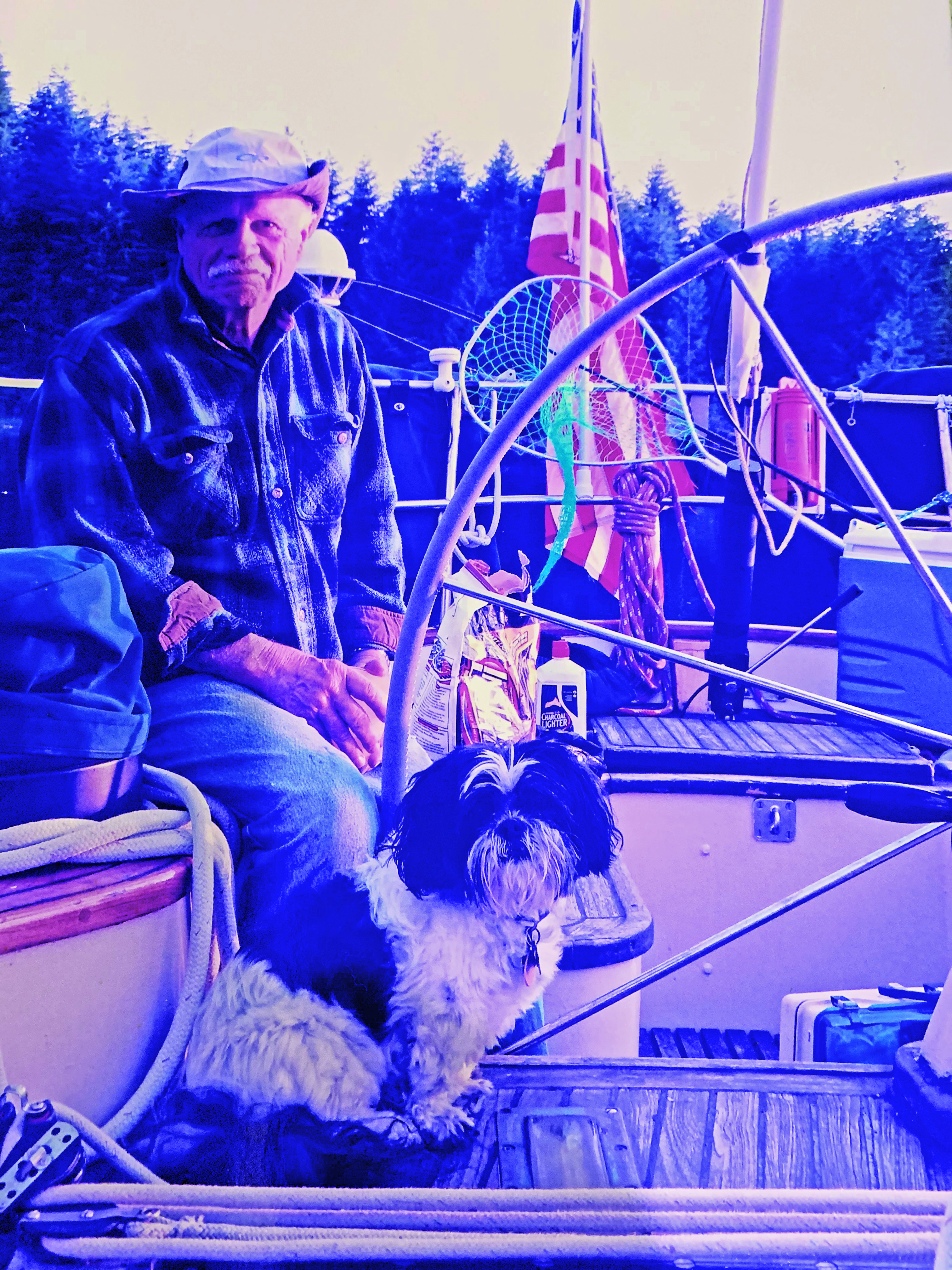 A founding director and past president of The Sailing Foundation, Doug was actively involved with the Foundation right up until his passing in April of 2020. A co-inventor of the Lifesling, Doug raced cruising boats on Puget Sound and had extensive offshore racing experience: Transpac, Single Handed Transpac, Tahiti Race, eleven Victoria Maui Races 1968-2006. Doug also cruised to the South Pacific, Alaska, and circumnavigated South America by way of Cape Horn and the Panama Canal. Doug raced his beloved 42 foot custom Perry design cutter Night Runner, which was famous for winning races and being absolutely gorgeous. In his professional life, Doug was an attorney with Mikkelborg, Broz, Wells and Fryer.

Dick has raced sailboats since the age of nine. For most of his life he sailed dinghies – in college, frostbiting on Long Island Sound, and then International 14s and Lasers in Seattle. Later in life he moved to keelboats and enjoyed PHRF racing and cruising on Puget Sound in his Laser 28. After many years on the faculty of the University of Washington, Dick turned his attention to the racing rules for sailing. Since 1984 he has written a monthly column on the rules in Sailing World. He served as chairman of the US Sailing Racing Rules Committee and now is chairman of the International Sailing Federation’s committee responsible for publishing the Racing Rules. He is a US Sailing Senior Judge who still volunteers his time to sit on protest committees at local youth and high school events. Recently he was inducted into the National Sailing Hall of fame for his lifelong contributions to the sport of sailing. 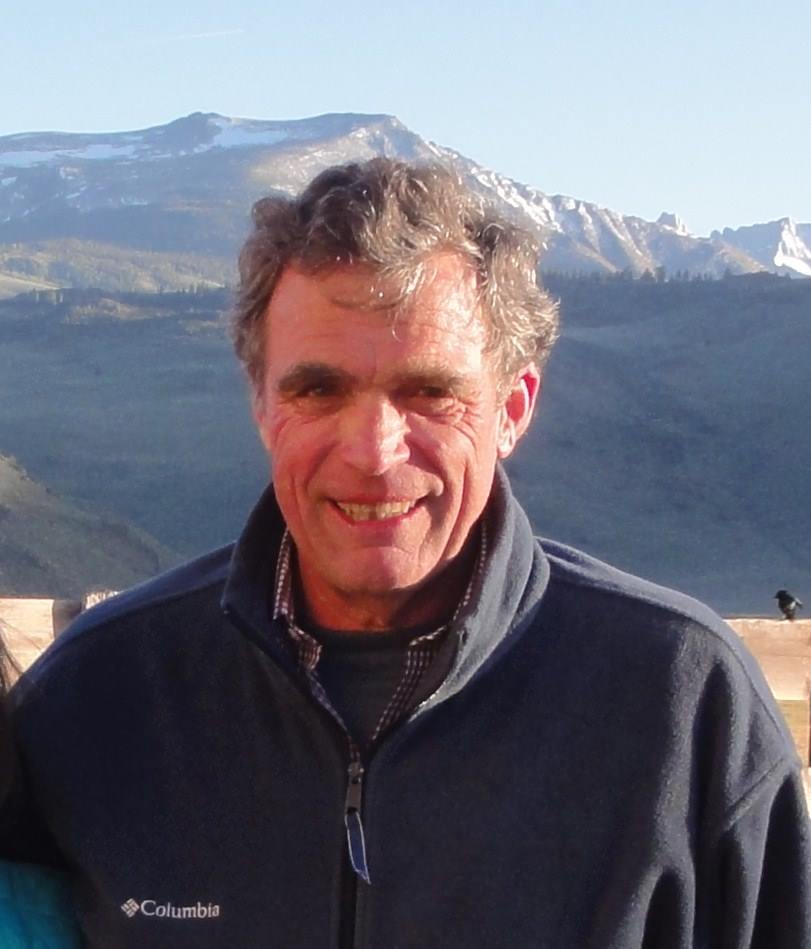 John's family has been involved in sailing in the Seattle area for over 100 years. His father Sonny Vynne was a Sailing Foundation founding member and instrumental in the America's Cup campaign of 1971. John has raced and cruised sailboats for over 60 years.  He has sailed extensively throughout the NW with his wife Barb aboard their Valiant 40. He has also sailed in Australia, the South Pacific, and the Caribbean. John recently sold his business, which manufactures electronic instrumentation and software for the mining industry, and is now enjoying being fully retired. John has been an excellent financial steward of the Foundation during his many years as treasurer.

Erin has experienced the overwhelmingly positive effects of junior sailing through her two boys Owen and Alan. Both are accomplished dinghy sailors who began their journey at Olympia Yacht Club before joining the Seattle Yacht Club Race Team. Owen is now sailing at George Washington University, while Alan still has a couple years left with the Olympia High School team. Erin has been an active parent volunteer with SYC, OYC, and now Olympia Community Sailing. She is well respected among her peers throughout the region for her dedication and ability to get things done! Need an example? Erin chaired our 50th Anniversary Auction and USODA Opti Nationals in back to back years! She is now serving as temporary co-chair of the Northwest Youth Racing Circuit along with fellow board member Haley Lhamon. 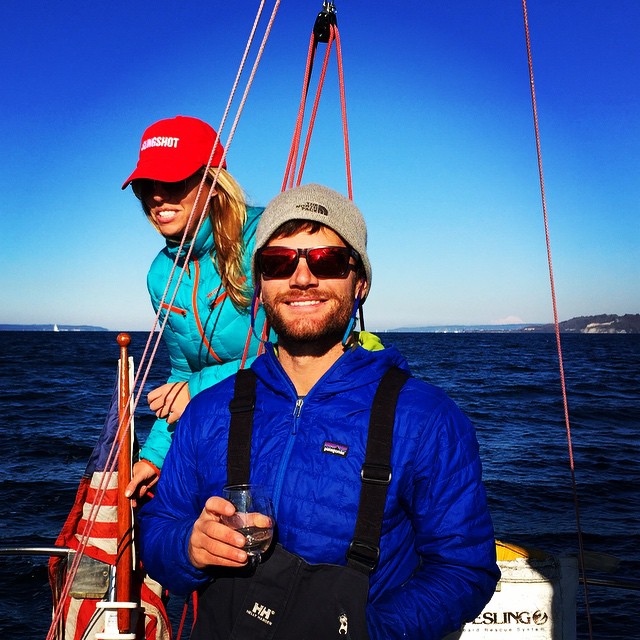 Brendan was instrumental in hiring our first Youth Sailing Director. He has vast local knowledge regarding youth sailing and the local sailing community.  Brendan grew up sailing, at a very competitive level, racing both in high school sailing and youth racing.  He was part of the North Kitsap high school team and did his own Laser racing.  He then went on the sail at the University of Washington, helping to run that program.  Since then Brendan has been very active with youth sailing and continues to race himself.  He frequently helps with running high school and college races around the northwest.  Brendan and his partner now run a charter operation spending most of their time up North (way north) or somewhere sunny.

Matt grew up sailing keelboats and dinghies in Puget Sound in the 1980s. After attending two USYRU Youth Championships, he thought it was time to get the ball rolling with high school sailing in the Pacific NW and worked with Bainbridge Island Parks and Recreation to start a sailing team, but graduated and was off to college before any regional regattas occurred. While earning degrees at the University of Washington, Matt sailed at several intercollegiate national championships, and made an ocean transit or two. Matt served four years in the US Navy JAG Corps, and has held a 50 ton USCG Master License. Presently, when he is not with his young family, he enjoys one design racing.

Ryan has been boating and sailing on Pacific Northwest waters since before he could walk. He enjoys racing dinghies and keelboats, exploring new cruising grounds with family and friends and fly fishing on Puget Sound for salmon and sea run cutthroat. He has coached youth sailing and loves to see new sailors on the water. Ryan is a partner and broker at Swiftsure Yachts, a yacht brokerage in Seattle specializing in high quality racing and cruising sailboats.

Haley started sailing on a lake in Texas with her parents where she soon raced Optimists, Laser Radials, and Laser II's. She competed in national Jr. championships, instructed at Santa Cruz YC, and then sailed on the Stanford Sailing Team. In Michigan she and her husband Rusty coached a high school team, mentored a keelboat team of disadvantaged youth, and raced their J/35 in the Chicago-Mackinac. Haley later organized women's clinics on Lake WA with support from the Thistle and Snipe fleets. She and Rusty also co-chaired the first NW Opti Regionals in 2012 at Corinthian YC. Now on Bainbridge Island, she coaches the high school sailing team, serves as a PMYC Jr. Advisor, and coordinates Parks and Rec's sailing program. Her two sons agree that their favorite family vacations are cruising adventures! Another claim to fame is her victory in the Race2Alaska as part of Team Sail Like a Girl. 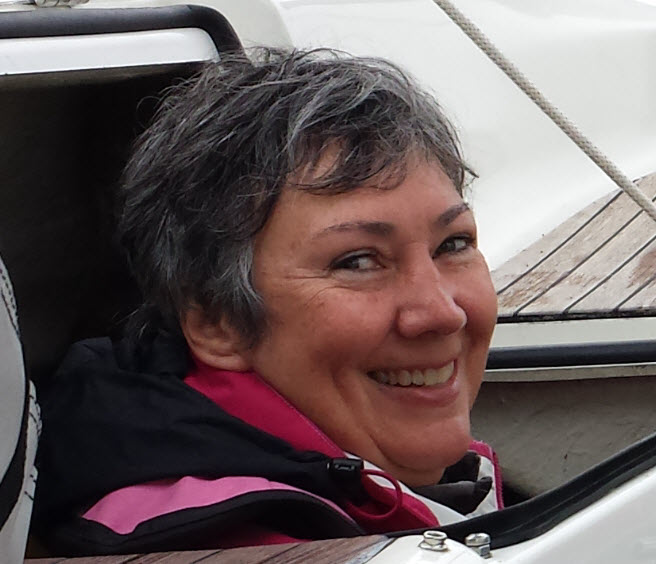 Margaret is a northwest native who started sailing over 35 years ago.  Since then, she has sailed thousands of miles in many parts of the world, including the Inside Passage to Alaska, San Francisco Bay, the Med, the Caribbean, the South Pacific, the Great Lakes, the Channel Islands, Mexico, and Chesapeake Bay. When she moved back to the Puget Sound area 6 years ago, she focused more on coastal cruising and being a sailing instructor. She has been an instructor since 2004, teaching both adults and children, in dinghies and keelboats. She is a certified instructor with both the American Sailing Association and U.S. Sailing, and holds a U.S. Coast Guard Master Captains License in Power, Sail, and Towing.  She currently teaches sailing at San Juan Sailing, and The Center for Wooden Boats. She leads the Women’s Program at Seattle Sailing Club and is very active in the local sailing community. She has just retired from a corporate career, which has included developing training for adults to be delivered in a ‘virtual’ or on-line environment. Margaret is a member of US Sailing's National Faculty as an active member of the Safety at Sea committee. 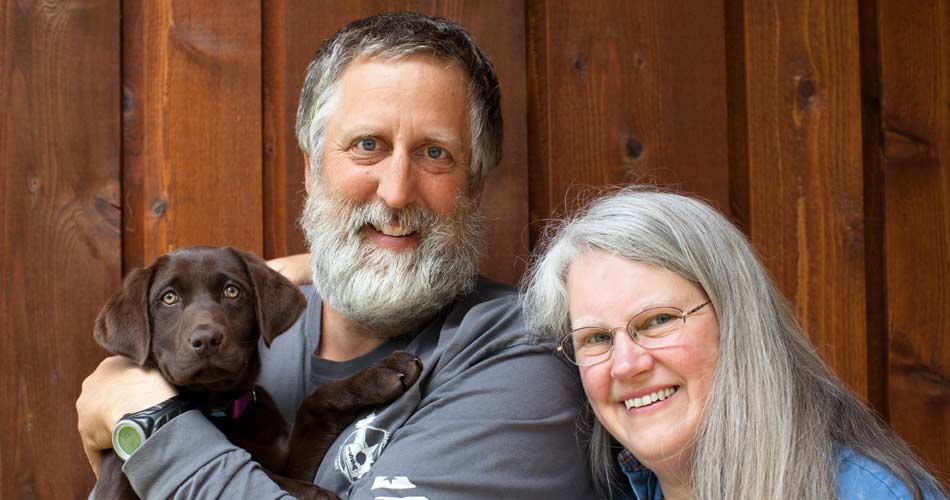 Burke started racing El Toros on Green Lake at age 8 and has enjoyed sailing ever since. He enjoys coaching the Orcas High School Sailing Team and is the director of NWISA. Burke is president of Woodsong Inc, a custom home building firm serving the San Juan Islands.

Mike joined our board in late 2022. The Visser family has quite a legacy with youth sailing and The Sailing Foundation. Mike's mother Jan was a long time board member, US Sailing rep, and promoter of the sport. Together Mike and Jan organized and ran the first WIND Clinic in the Gorge. Mike had an impressive junior sailing career in the Laser before graduating to the Finn, rising to be one of the top US Finn sailors. Mike resides in the Olympia area and is now the parent of a junior sailor himself. It's common to see Mike out in the Olympia Community Sailing RIB coaching Lasers on Bud Inlet where he learned to sail. 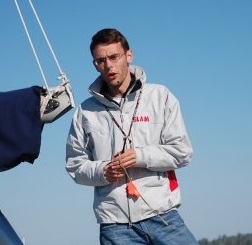 Scott discovered sailing in college racing on his uncles Santa Cruz 52, Diehler.  He learned to sail racing the Santa Cruz and taking a learn to sail course from Jeff Davis at WWU.  He quickly fell in love with the sport and started a sailing team while studying engineering at Washington State University. He currently lives in Bellingham and coaches and runs the local high school sailing program. He's actively involved with high school and college sailing as an ISSA board member, NWISA vice-president, and NWICSA Treasurer. He enjoys racing his Etchells and Tasar with his wife Mallory and daughter Emma. 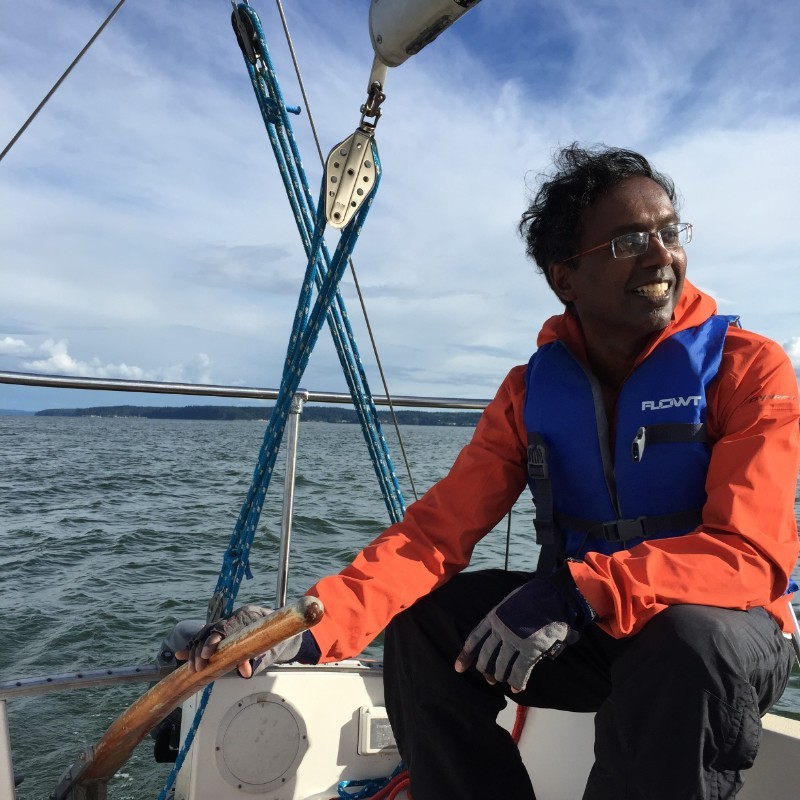 Ramesh discovered sailing in graduate school on lake Mendota in Wisconsin on 470s and M scows. More recently he enjoys cruising in the San Juan islands and on the Puget Sound with his wife Vidya and kids Advik and Aditri on their C&C. He has been part of the Northwest youth sailboat racing community for 7 years supporting his kids racing Optis, lasers, and FJs. 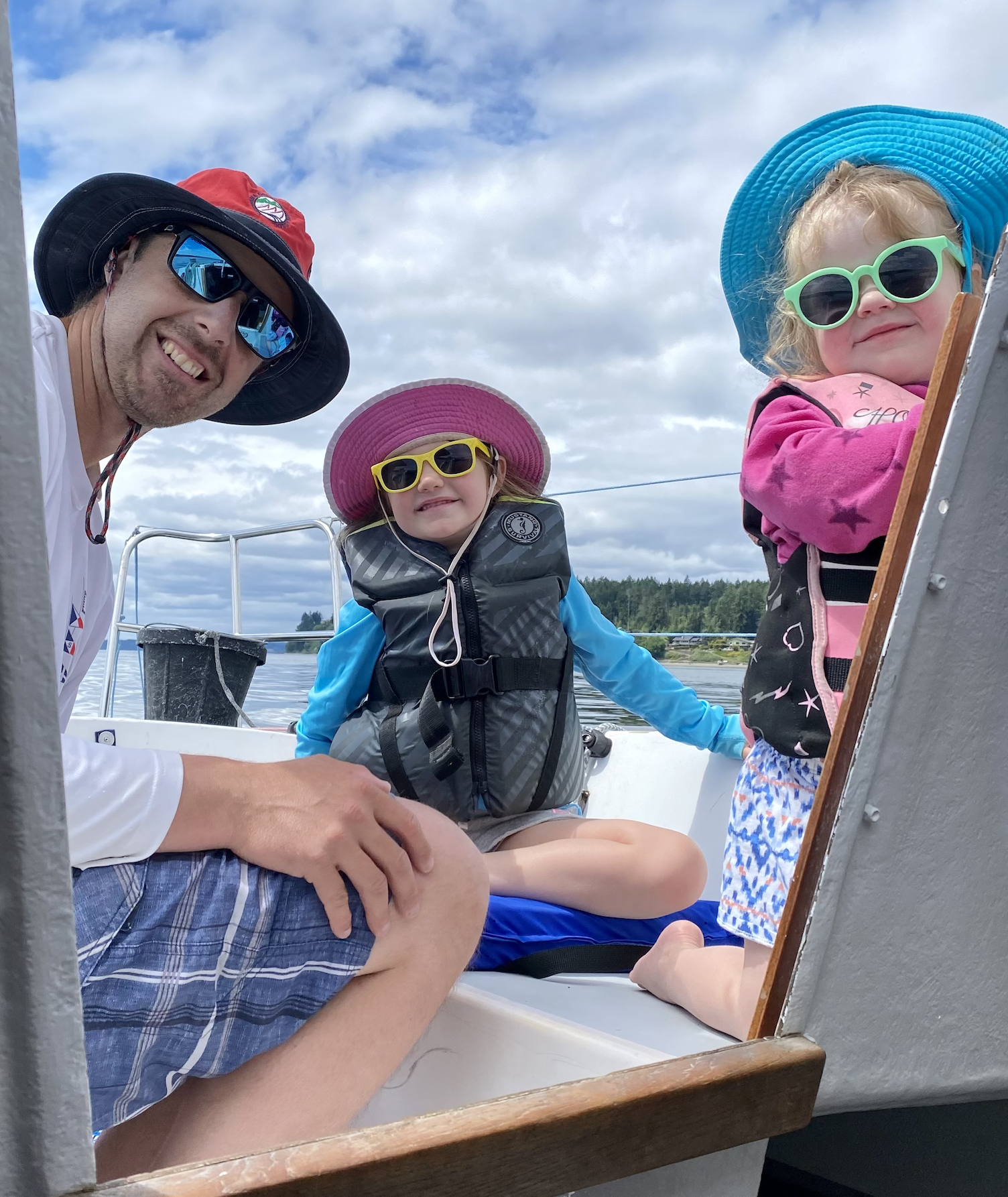 Andrew grew up in Tacoma racing on a Cal 40 with his dad from a young age. He discovered dinghy sailing as a teenager, first with an old C-Lark, then racing his Laser and FJs during college at Western Washington University, and finally falling in love with the Finn. He began coaching and instructing at Tacoma Yacht Club in 2007, and later spent a couple of summers coaching FJs/C420s in Newport Beach, CA. Andrew took his first full-time year-round gig as the director and head coach at Encinal Yacht Club (Alameda, CA) from 2011-2014. He served as The Sailing Foundation's Youth Sailing Director from 2014-2022. Andrew is pursuing a career in teaching, but has joined the board to assist the youth committee. Andrew enjoys racing and cruising his Olson 30 "Scoundrel" with his wife Ashley and two young daughters. 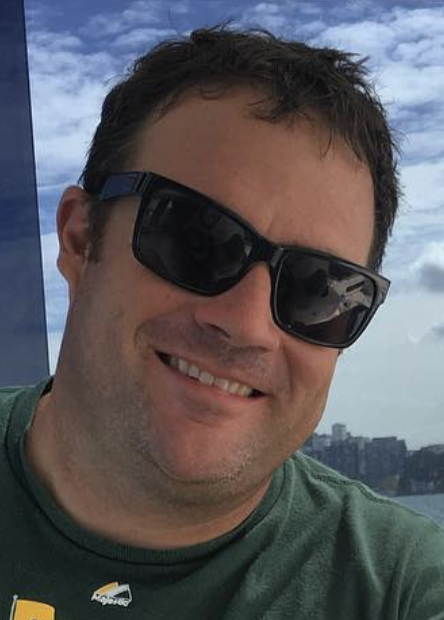 Blaine brings a wealth of sailing and professional experience to the Sailing Foundation. He has family ties to the Northwest and spent his youth splitting time between San Diego and Bellingham. After graduating from UC Berkeley, Blaine served as the program director at Encinal Yacht Club. Next Blaine did a couple of stints as a college coach with SUNY Maritime, Kings Point, and Columbia University. Moving back to the Bay Area, Blaine worked in the development offices of Cal Berkeley and then Stanford. Blaine is a former ICSA board member and ex-PCCSC conference commissioner. Blaine is now back in Bellingham and has a family of his own. He currently works in the non-profit sector and also does consulting work. He spends time sailing 505s, his Santa Cruz 27, and fixing up a Santa Cruz 52.